The history of the Dormition of the Most Holy Theotokos Church in Beijing.

The great consecration of the church with the blessing of His Holiness Patriarch Kirill was conducted by His Eminence Bishop of Yegoryevsk Mark (Golovkov). The ceremony took place on the 13th of October, 2009. The Dormition Church was established on the territory of the Russian Ecclesiastical Mission in Beijing (also called in Chinese “bei guan”) with the blessing of the head of the 18th Mission Bishop of Beijing Innokenty Figurovsky in 1903. Actually this church was built in the North part of the Russian Ecclesiastical Mission in Beijing where the first Orthodox (St.Nickolas) Church of the albazinians was established. The church was built in 1685 by the Albazinians – a group of Russians settlers in the northeast part of Beijing. It was later destroyed by an earthquake on Aug 19, 1730. 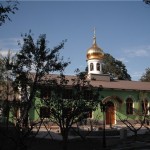 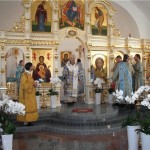 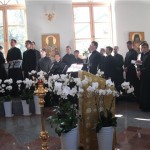 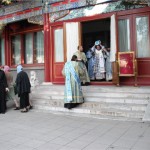 The restored church was consecrated in Aug 15, 1732. Since this event coincided with the day of celebration of Sophia – Wisdom of God, the church was consecrated in memory of the Dormition of the Most Holy Theotokos. This church stood for 168 years until it was destroyed (along with many other buildings on the territory of the Russian Ecclesiastical Mission) in the June of 1900 during the Boxer Rebellion. A third church of all Holy Martyrs was established in 1904 and stood until 1957 when it was destroyed again. A memorial cross was erected on April 3rd, 2007 where it once stood.

In 1913 there was an plan to establish a church dedicated to the Romanov Dynasty in the south part of the Mission (today the city park of Nanguan) but this plan was never realized.

The restored Dormition Church served as a temporarily refectory church while other church buildings were in the process of being reconstructed.  These include the church of all Holy Martyrs, Serafim Saroksy’s church in the Russian cemetery, the Mission gate bell tower and the “Red House”.

The church of Dormition is distinguished by its straightforward construction, ease joints, simple shapes and details, and a lack of ornate decoration.  This corresponds with contemporary modes of construction.   History has shown this design has outlived other more architecturally significant church buildings of the Russian Spiritual Mission in Beijing. The use of simple graphic means indicative of an effort to create, above all, a stone chapel to meet the needs of the faithful.

According to the Izvestya of Brotherhood of Orthodox church in China (08.08.1904) it is possible to judge how the church looked like, “This church is rather big, distinguished by inner splendor, abundance of light, beauty of iconostasis with wonderful local icons, with the size similar to the height of a man, there are favorable conditions for resonance of singing and reading. The important thing is that there is the second entrance from the street and this allows all people to get inside and listen to church singing, which is harmoniously spread outskirts of the church because of clear voices of Chinese singers and a numerous choir”.

There was an icon of St. Nicolas, the Miracle-Worker, in the church. It was carried from Russia by the albazinians in 1685, and also the icons of Holy Martyrs Dimitry Solunsky and Panteleimon, the Healer. There are no true facts about the location of the icons after 1956.

The spiritual care of both Chinese and Russian orthodox believers, living and arriving in Beijing for some time, was displayed for half of the century in the church of Dormition and other churches of the Mission.

A new history of the church begins in 2009.
A restored church creates new favorable conditions for the activity of the orthodox community of Beijing that includes not only Russian residents but also orthodox believers from many other countries. Nowadays the church of the Dormition of the Most Holy Theotokos is the only existing Orthodox church in Beijing. The Beijing orthodox community has regular services in a renewed church. Let’s hope, that a new page of Orthodoxy in China is opened. 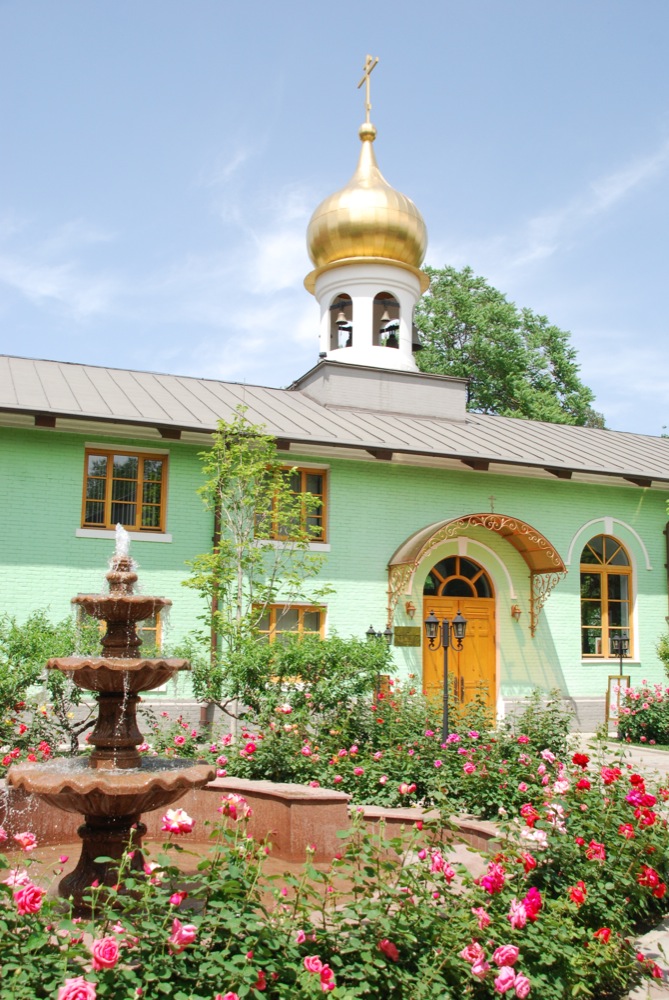